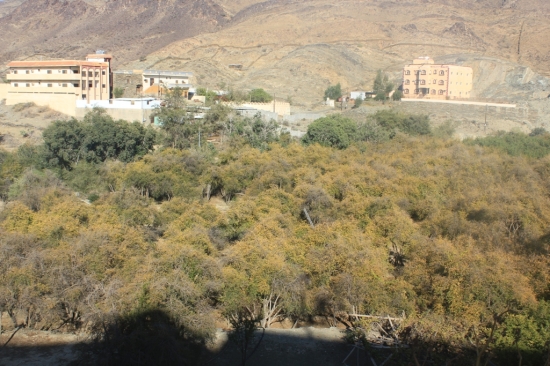 It is considered one of the valleys of Sarat known to the inhabitants of the Arabian Peninsula.

Wadi Beida extends from the north of Wadi Bani Sar in the south to Wadi Torba in the north, and its length is approximately 100 kilometers. It is located east of Al-Qura Governorate in Al-Baha region, south of Torba in Taif Governorate and west of Al-Aqiq Governorate.

Wadi Baida is also known as Wadi Bathan, and it is also called “Baida Bathan”, and it was the meeting point for cars coming from Taif to land their cargo. Its people shop at the most famous market of Bathan in the ancient era at the level of the markets of the tribes of Ghamid, Zahran, Balharith, al-Baqoum and Bani Malik.

Among the tourist attractions in Bidah are the presence of many parks at the time, the most important of which are the Wadi Bidah Dam Park, the New National Treasure Park, the Caravan Valley Park, and the Khorsan Park, which is characterized by the density of Sidr trees from the top of the valley to the bottom.

The most important agricultural products:

Bidah Valley is famous for a number of agricultural products such as apricots, figs and peaches of all kinds, as well as grapes and pomegranates.

It is held annually, which is one of the main festivals in the region, and work is being done to develop it every year, as it is held in the Baidah Junction near the farmers to be close to them and their products and for their convenience and for availability of their products.